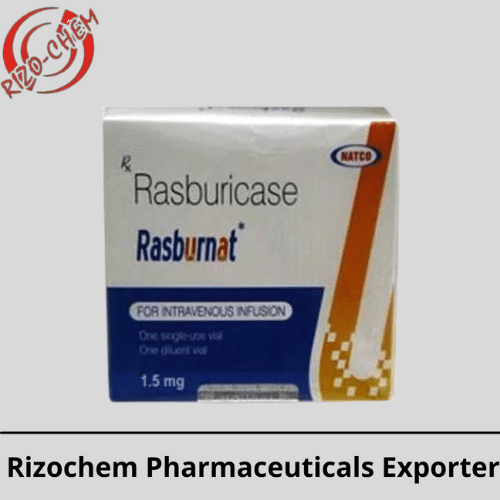 What is the purpose of Rasburicase?

Rasburicase injection is used to treat people with certain forms of cancer who are being treated with chemotherapy drugs and have high levels of uric acid (a natural chemical that builds up in the blood as tumors break down). Rasburicase injection belongs to the enzyme class of drugs.

Is Rasburnat a chemotherapeutic agent?

Rasburnat is a medication used to treat certain kinds of leukemia and lymphoma before and during chemotherapy. It can aid in the prevention of tumor lysis syndrome.

When should Rasburnat be given?

What are the adverse effects of Rasburnat injection of 1.5 mg?

When should uric acid levels be increased after Rasburnat?

These uric acid specimen collection methods must be followed for at least 96 hours after the last dosage of Rasburnat is given. The Laboratory Alliance is establishing a new order code for uric acid tests for patients on rasburicase to help with proper blood specimen processing in this situation.

Rasburicase tolerance in gout appears to be hampered by the frequent occurrence of gout episodes. Furthermore, hypersensitivity reactions can occur, as they did in two of our patients, and they are likely to be a major drawback to the long-term use of this medicine.

In G6PD deficiency, why is rasburicase contraindicated?

Because hydrogen peroxide is one of the principal by-products of the conversion of uric acid to allantoin, rasburicase is contraindicated in patients with G6PD deficiency.

How is rasburicase broken down?

Rasburicase is a recombinant protein that is degraded to amino acids by serum and tissue proteases, hence it is unlikely to be hepatotoxic in the short term. The severe liver test abnormalities observed in some rasburicase-treated patients were linked to other hypersensitivity symptoms.