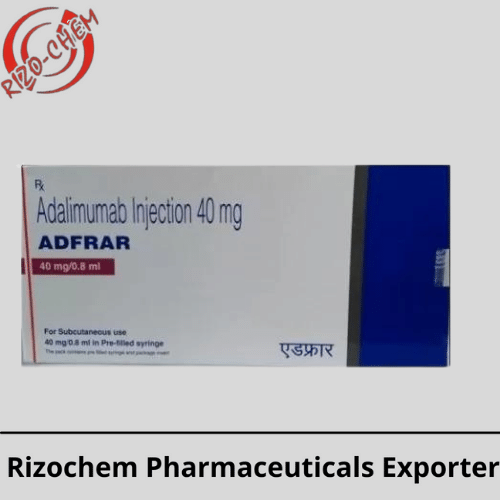 What is the purpose of Adalimumab 40 mg Injection?

Adalimumab 40 mg Injection is used to treat inflammation of the joints in all of its forms (rheumatoid arthritis, polyarticular juvenile idiopathic arthritis, and active enthesitis-related arthritis) Joints and skin (plaque psoriasis and hidradenitis suppurativa) (psoriatic arthritis)

Adalimumab belongs to which drug class?

TNF inhibitors, such as adalimumab injection, belong to a group of drugs known as tumor necrosis factor (TNF) inhibitors. It works by inhibiting the function of TNF, a protein that induces inflammation in the body.

Is Adalimumab 40 mg Injection a drug that weakens the immune system?

HUMIRA is a tumor necrosis factor (TNF) inhibitor that can impair your immune system’s ability to fight infections. If you have an infection, you should not start taking HUMIRA unless your doctor says it’s acceptable. People on HUMIRA have had serious infections.

Is it safe to take adalimumab during pregnancy?

Rheumatoid arthritis is the most common reason people use adalimumab, also known as Humira. As a result, it’s doubtful that it’ll be used throughout pregnancy.

Is adalimumab a costly drug?

Adalimumab 40 mg Injection is the single most expensive drug in hospitals, costing more than £400 million per year.

What is the best way to inject adalimumab?

Can you take adalimumab for a long time?

If Adalimumab 40 mg Injection is working well for you, you may have a treatment plan in place for up to a year. Your treatment plan may be extended after that. At least once every 12 months, you’ll be tested to see if adalimumab is still right for you.

Is adalimumab a safe drug?

Another study18 revealed 1- and 2-year survival rates of 77 percent and 67 percent, respectively, with a median medication survival of 2 years; discontinuations were attributed to effectiveness issues rather than safety concerns. Despite the likelihood of side effects, adalimumab is considered a safe alternative for long-term treatment19.