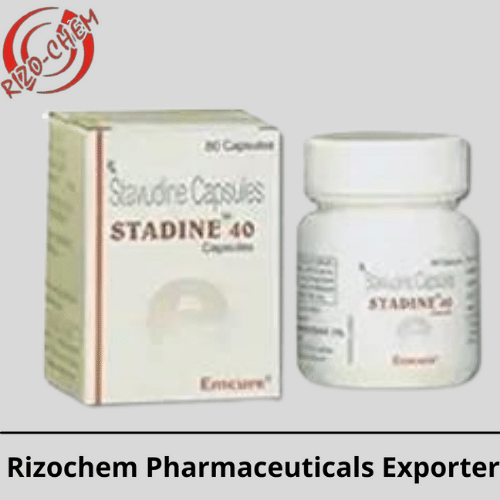 What is Stavudine used for?

Stavudine is a drug that is used to treat HIV infection in combination with other drugs. Stavudine belongs to a group of drugs known as nucleoside reverse transcriptase inhibitors (NRTIs). It works by reducing the amount of HIV in the bloodstream.

It is always taken in conjunction with other HIV drugs to improve infection control and reduce HIV consequences. Because of its severe toxicity, the World Health Organization (WHO) recommends that Stadine be phased out.

What is a side effect of Stadine?

The thymidine analogs Stadine and zidovudine (ZDV, formerly known as AZT) are most directly implicated in lipodystrophy, particularly lipoatrophy; switching to a different NRTI, such as tenofovir or abacavir, can induce observable increases in limb fat and improve lipid profiles.

Why zidovudine with Stadine combination is not recommended?

The combination of Stadine(d4T) and didanosine (ddI), which was once assumed to be contraindicated due to the two medications’ overlapping toxicity profiles, was revealed to be not only safe but also to have more effective antiviral activity than either drug alone.

Would you expect zidovudine and Stadine to be prescribed together?

Before combining zidovudine and Stadine, consult your doctor. When these medications are used simultaneously, they may make one or both of them less effective. Consult your doctor if your condition worsens.

Is Stadine safe in pregnancy?

Stadine is designated as Pregnancy Category C by the Food and Drug Administration (FDA). Because of its toxicity, stavudine is not recommended for use in HIV-positive pregnant women.

How is stavudine given?

(stavudine) for oral solution is a dye-free, fruit-flavored powder that, when mixed with water, produces a solution containing 1 mg of stavudine per milliliter of solution. On the product label and in the Dosage and Administration (2) section of this insert, you will find information on how to prepare the solution for administration.

Does stavudine cause lipodystrophy?

Stavudine (d4T) and zidovudine (ZDV, formerly known as AZT) are the thymidine analogs that have been most directly linked to lipodystrophy, particularly lipoatrophy. Changing to a different NRTI, such as tenofovir or abacavir, can produce demonstrable increases in limb fat and can improve lipid profiles.

We are a Global Wholesaler and Exporter from India and operate in more than 5 countries like UAE, Saudi, Oman, Qatar, Myanmar. Click here if you’re seeking for a different product or brand. click here.