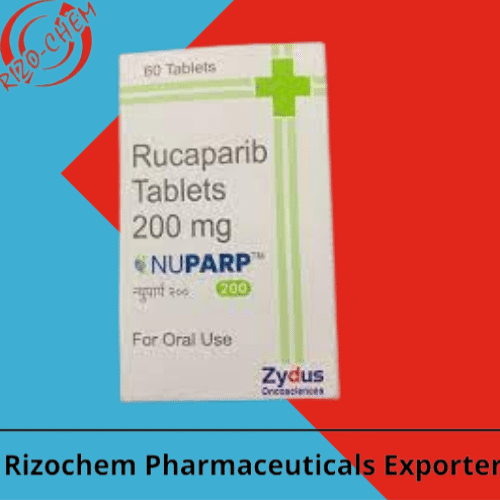 What is the purpose of Rucaparib Tablets 200mg Nuparp?

Rucaparib Tablets 200mg Nuparp Patients with ovarian cancer, fallopian tube cancer, or primary peritoneal cancer that has returned are treated with rucaparib as a maintenance regimen. It is administered to individuals who have undergone full or partial treatment for their cancer with drugs based on platinum.

How long is rucaparib effective?

Women who received rucaparib and had HRD tumours (defined as those with a BRCA mutation or a mutation in a specific panel of HRD-related genes) had a median survival of 13.6 months without the disease worsening. Rucaparib gave BRCA-mutant women a median progression-free survival of 16.6 months.

What class of drug is rucaparib?

A PARP inhibitor is a class of targeted medication that includes rucaparib. It may be used as therapy for epithelial ovarian cancer. carcinoma of the fallopian tube.

What are the negative effects of Rucaparib Tablets 200mg Nuparp?

How should Rucaparib Tablets 200mg Nuparp be taken?

Rucaparib is available as an oral tablet. It is often taken twice daily, with or without food, at intervals of roughly 12 hours. Take rucaparib every day at roughly the same time.

How frequently should PARP inhibitors be taken?

How long to continue taking PARP inhibitors is a topic we frequently debate in-depth with the patients and amongst ourselves. Some trials go on for as long as two years. The use of niraparib has continued for up to three years.

Consume the entire pill of rucaparib. Do not dissolve or crush the tablets. Without your doctor’s permission, don’t adjust your dose or stop taking rucaparib. Take your subsequent dose at the usual time if you miss a dose.

When did rucaparib become a thing?

Newcastle University was where PARPi, which eventually became rucaparib, was developed, but the narrative actually starts earlier. The severe NAD+ depletion that occurred after cells were exposed to ethyleneimine in 1956 was the first observation that suggested the existence of PARP.