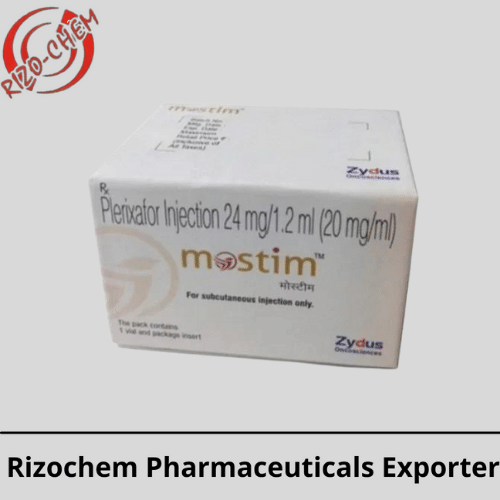 What is the Plerixafor Injection used for?

Patients with specific types of cancer (non-lymphoma-NHL, Hodgkin’s multiple myeloma-MM) are given Plerixafor Injection to help them prepare for stem cell transplants. Red blood cells, white blood cells, and platelets are all formed by stem cells, which are located mostly in the bone marrow.

Plerixafor is a more effective and less toxic mobilizing drug than conventional chemotherapy (particularly in strongly pretreated patients), and it deserves to be considered as the first-line standard of care for stem cell mobilization.

When is plerixafor administered?

Plerixafor was originally indicated to be given 11 hours before apheresis for hematopoietic stem cell mobilization, based on a peak effect of 10 to 14 hours, which translates to an administration time of 10 to 11 pm.

What are the side effects of plerixafor injection?

How do you give plerixafor?

What is the mechanism of action of Plerixafor?

Mechanism of action
Plerixafor has been discovered to be a potent inducer of hematopoietic stem cell mobilization from the bone marrow to the bloodstream as peripheral blood stem cells. Plerixafor also reduces CD20 expression on B cells by interfering with the CXCR4/SDF1 axis that controls it.

What are filgrastim and plerixafor?

Colony-stimulating factors like filgrastim (G-CSF) and plerixafor enable stem cells to travel (mobilize) from the bone marrow to the bloodstream, where they can be collected and stored. To know more click here.