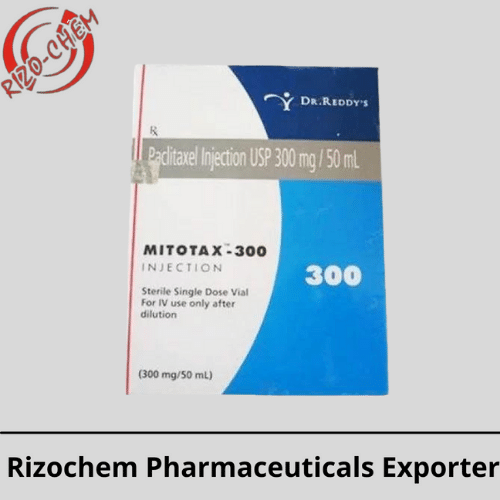 What is the purpose of Paclitaxel 300 mg injection?

Paclitaxel 300 mg injection  (with polyoxyethylated castor oil) is used to treat breast cancer, ovarian cancer (cancer that starts in the female reproductive organs where eggs are generated), and non-small cell lung cancer either by itself or in conjunction with other chemotherapeutic medicines (NSCLC).

What sorts of cancers are treated with paclitaxel?

Paclitaxel is a kind of chemotherapy. It’s used to treat ovarian, breast, and non-small cell lung cancer, among other cancers. Other cancers, including as stomach cancer, may also be treated with it.

Is paclitaxel given as a shot?

The injection of paclitaxel is used to treat advanced ovarian cancer, breast cancer, non-small cell lung cancer, and Kaposi sarcoma. Kaposi sarcoma is a skin and mucous membrane cancer that is frequently observed in people who have acquired immunodeficiency syndrome (AIDS).

When do the side effects of paclitaxel appear?

After receiving Paclitaxel, you may have a fever, face flushing, chills, shortness of breath, or hives (see allergic reaction). Within the first 10 minutes of an infusion, the majority of these reactions occur.

Is it possible for paclitaxel to induce lung problems?

Paclitaxel is a neoadjuvant chemotherapy medication that is regularly used. Multi-course paclitaxel treatment has been linked to lung damage such as pulmonary alveolar-capillary leakage in previous investigations.

How effective is paclitaxel?