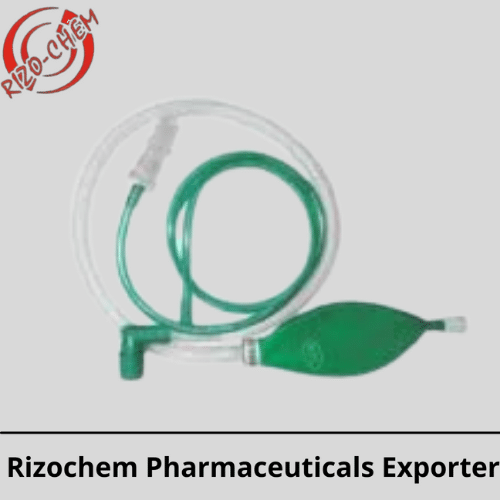 Jr Jackson Rees Circuit is what?

Jr Jackson Rees Circuit Due to its low resistance and little dead space, the Jackson-Rees Circuit is frequently employed in paediatric general anaesthesia. Fresh gas from the machine is inhaled by the patient.

What does the Jr Jackson Rees Circuit serve?

The Bain Circuit is a co-axial modification of a standard T-piece system that was created to make it easier to scavenge used anaesthetic gases. It moves through the outer reservoir tube to the endotracheal tube connector as a tube carrying fresh gas.

The Bain breathing circuit is what?

What exactly is altered Jackson Reese?

A well-liked non-rebreathing option is the Modified Jackson Rees. You can close the system to allow for hand bagging and then reopen it to a passive condition using the control valve. A 19 mm fitting evacuation hose is used to remove the waste gas from the circuit. comes with a 1/2 litre non-latex breathing bag.

A lack circuit is what?

a co-axial upgrade to the Mapleson A system that makes it easier to scavenge gas that has expired.

How is a Bain circuit checked?

By setting the oxygen flowmeter to a low flow and occluding the inner tube with a finger or the barrel of a small syringe at the patient end while watching the flow metre indicator, a test is carried out to check the integrity of the Bains system inner tube.

Bains circuit: who created it?

Semi-closed breathing systems were categorised into five classes, A through E, by British physicist and physiologist William Mapelson in 1954. A sixth type, F, was later added.

What different ventilator circuit kinds are there?

We are a Global Wholesaler what’s Also, I’m an Indian exporter that works in excess of five nations, including the UAE, Saudi Arabia, Oman, Qatar, and Myanmar.I recognize momentarily that you’re looking for anoher product or brand, click here.