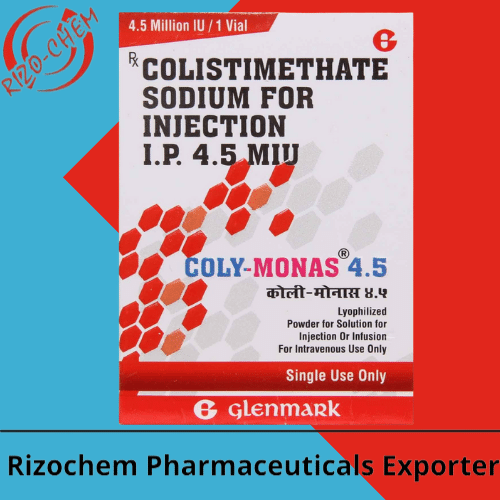 Why is Colistimethate Sodium Inj used?

What does colistimethate sodium indicate?

For the treatment of severe infections caused by specific aerobic gram-negative organisms in patients with few treatment alternatives, colostimethate sodium is recommended for use in both adults and children, including neonates.

Colistin is a potent antibiotic, right?

What Colistimethate Sodium Inj side effects are there?

When does Colistimethate Sodium Injection start to work?

studied the colistin postinhalation pharmacokinetics in cystic fibrosis patients. This study shows that even after 12 hours with low levels in serum and urine, a single dose of CMS (2 MIU) significantly increases medication concentration in sputum.

Colistimethate Sodium Injection is used to treat what types of infections?

What is the purpose of Colistimethate Sodium Injection antibiotic?

A polymyxin antibiotic called colistin is used to treat bacterial infections brought on by Gram negative bacteria that are susceptible to them. antibacterial made of cyclic polypeptides by Bacillus colistinus. Polymyxins E1 and E2, often referred to as Colistins A, B, and C, which clean cell membranes, make up this substance.

Colistimethate Sodium Injection is it a steroid?

Descriptions. Treatment for ear infections, infections brought on by surgery, and infections behind the ear involves the use of the drugs colistin, neomycin, thonzonium, and hydrocortisone (fenestration or mastoidectomy).This prescription contains a cortisone-like (steroid) drug as well as two antibiotics.

Can colistin be administered alone?