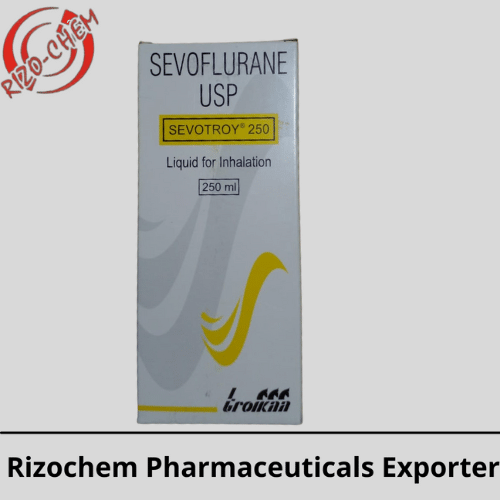 What applications do Sevoflurane USP have?

What are the purposes of inhalation agents?

What is the classification of inhalational anaesthetics?

What negative consequences does Sevoflurane USP have?

What occurs when Sevoflurane USP is inhaled?

Sevoflurane is an inhaled anaesthetic that is used to induce general anaesthesia (consciousness loss) both before and during surgery. It is a member of the class of drugs known as general anaesthetics. Only a doctor or someone working closely with a doctor should administer this medication.

Results: Long-term hippocampal function deficits and decreased hippocampus PSD-95 expression without neuronal death were brought on by exposure to 2.5 percent sevoflurane. This study shows that significant impairments in spatial learning and memory are present 7 weeks following anaesthesia in P7 rats exposed for 4 hours to 2.5 percent sevoflurane.

What adverse impact of volatile anaesthetics is the most notable?

Of the following, which one is a volatile anaesthetic?

Halothane, isoflurane, desflurane, and sevoflurane are examples of volatile anaesthetics that are liquids at room temperature and need vaporizers to be administered via inhalation. The temperature and pressure of nitrous oxide are already normal.

Which medication is used as a volatile liquid anaesthetic?

Three volatile liquid anesthetics—isoflurane, desflurane, and sevoflurane—as well as the gas nitrous oxide make up the majority of the current inhalation anaesthetics used in clinical practise. Although they are rarely used, halothane, methoxyflurane, and enflurane are still commercially accessible.

We are an international wholesaler an Indian-based importer and exporter with operations in more than five countries, including the USA, Australia, Qatar, New Zealand, Myanmar, and so on. In the unlikely event if you’re looking for a specific product or brand, Click here.