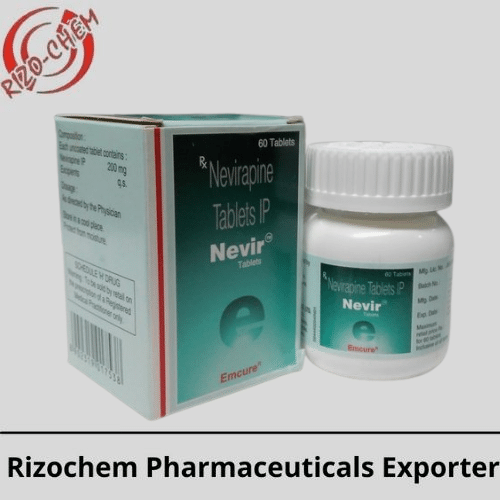 What is Nevirapine Tab used for?

Nevirapine Tab is a drug that is used in combination with other drugs to treat infections caused by the human immunodeficiency virus (HIV). Helps is brought about by the HIV infection (AIDS). Nevirapine is an inhibitor of non-nucleoside reverse transcriptase (NNRTI).

How do you take Nevir?

Nevir should only be taken in conjunction with other antiviral drugs and not on its own. It is possible to take nevirapine with or without food. Crushing, chewing, or breaking an extended-release pill is not recommended. Take it all in.

What are the side effects of Nevirapine Tab?

When should I take Nevir?

A two-dose Nevir regimen around the time of birth is recommended in many developing countries as the most cost-effective strategy to prevent mother-to-child HIV transmission. The mother receives one dose at the start of labor and the baby receives one dose between 48 and 72 hours after birth.

How long does a newborn baby take Nevir?

For the first six weeks following birth, your baby will be given Nevir every day. Exclusive breastfeeding is preferable for your child when you are taking ARVs and are virally suppressed. This means you should only feed your infant breast milk for the first six months.

What is another name for Nevirapine Tab?

The antiretroviral treatment drug nevirapine is no longer recommended as a preferred option for first-line antiretroviral therapy in British, European, United States, or World Health Organization guidelines, but because of its low cost, it is still used as an alternative to efavirenz in some lower- and middle-income countries.

What is the meaning of Nevirapine Tab?

In the treatment of HIV-1 infection, nevirapine is defined as an antiretroviral medication having the chemical formula C15H14N4O that inhibits reverse transcriptase and is delivered orally in combination with at least one other antiretroviral.

We are a Global Wholesaler and Exporter from India and operate in more than 5 countries like UAE, Saudi, Oman, Qatar, and Myanmar. if you are looking for another product or brand click here.