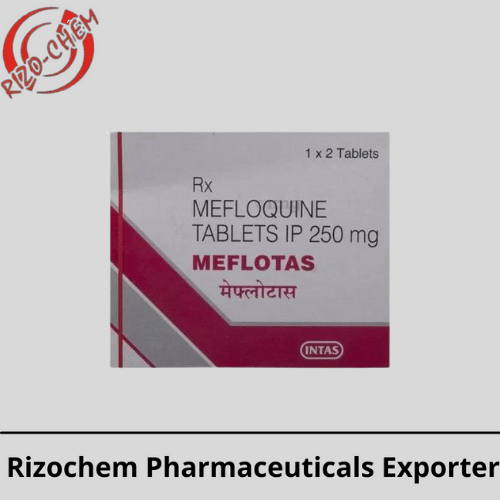 What is Mefloquine 250 mg Tablet used for?

Mefloquine 250 mg Tablet is a drug that can be used to treat or prevent malaria. This fact sheet explains how to use it to avoid malaria infection while travelling.

What is mefloquine used to treat?

It is also used to prevent malaria infection in places or countries where other medications (such as chloroquine) are known to be ineffective. Antimalarials are a class of drugs that include mefloquine. Malaria is a red blood cell illness carried by mosquito bites that can be prevented or treated with this drug.

When should I take mefloquine?

To prevent malaria, mefloquine is commonly given once a week. Start taking the drug 1 to 3 weeks before travelling to a malaria-prone area. Take the medication once a week for the duration of your stay and for at least four weeks after you leave the area. Each week, take your weekly dose on the same day.

What is the side effect of mefloquine?

Dizziness,
myalgia,
nausea,
fever,
headache,
vomiting,
chills,
diarrhoea,
skin rash,
stomach discomfort,
exhaustion,
loss of appetite and tinnitus were the most commonly reported side effects among those who got mefloquine for therapy.

Is mefloquine a chloroquine?

Malaria is treated with mefloquine. It is also used to prevent malaria infection in places or countries where other medications (such as chloroquine) are known to be ineffective. Antimalarials are a class of drugs that include mefloquine.

How do you take mefloquine pills?

Mefloquine is available as a pill that must be swallowed. Mefloquine should always be taken with food (ideally your main meal) and 8 ounces (240 millilitres) of water. You’ll generally take mefloquine once a week if you’re taking medication to avoid malaria (on the same day each week).

How do you take mefloquine tablets?

Mefloquine tablets should be taken on the same day every week at the same time, after a meal and with plenty of water. It is essential that you complete the course. Mefloquine is deemed safe for long-term use if it does not cause any side effects. If you have any concerns, you should always seek medical advice. To know more click here.

Is it true that mefloquine is an antibiotic?

Mefloquine was found to be bactericidal against staphylococci, pneumococci, and enterococci, as well as gram-positive bacteria.

What does mefloquine do to the brain?

Mefloquine is neurotoxic, creating “permanent in nature” brain stem lesions in animal models at dosages equal to those used in malaria treatment, according to direct data published in 2006.