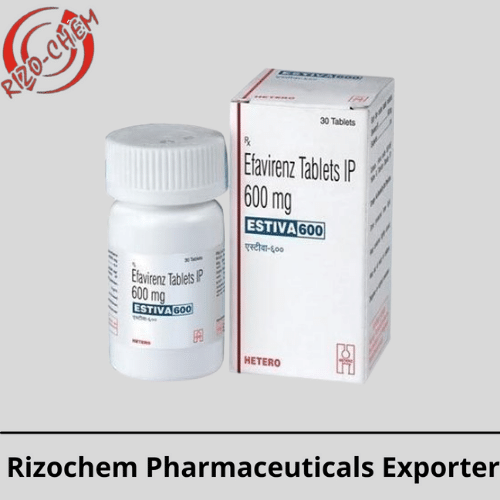 What is efavirenz used for?

To treat human immunodeficiency virus (HIV) infection, efavirenz is combined with other drugs. It belongs to a group of drugs known as non-nucleoside reverse transcriptase inhibitors (NNRTIs). It works by reducing the amount of HIV in the bloodstream.

What is the side effect of Estiva 600?

Dizziness, insomnia, tiredness, strange nightmares, and difficulty concentrating are all common symptoms. These adverse effects might appear as soon as 1-2 days after you start using this drug and normally subside within 2-4 weeks. They can also be decreased by taking efavirenz before bedtime on an empty stomach.

Who should not take Estiva 600?

If you are pregnant, avoid using Estiva 600

It has the potential to harm the unborn child or cause birth abnormalities. Use two forms of birth control to prevent pregnancy while taking efavirenz and for at least 12 weeks after your final dosage, including a barrier form (condom, diaphragm, cervical cap, or contraceptive sponge).

Does Estiva 600 cause depression?

Why is Estiva taken on an empty stomach?

Estiva should be taken on an empty stomach, which means one hour before a meal or two hours after eating. This is because your body absorbs more Estiva after a meal, increasing the risk of unwanted effects.

Can Estiva 600 be used in pregnancy?

This study contributed to the evidence base for the revised 2013 WHO antiretroviral therapy guidelines, which indicate that efavirenz is used as part of first-line medication in adults of any gender and throughout pregnancy, including the first trimester. To know more click here.