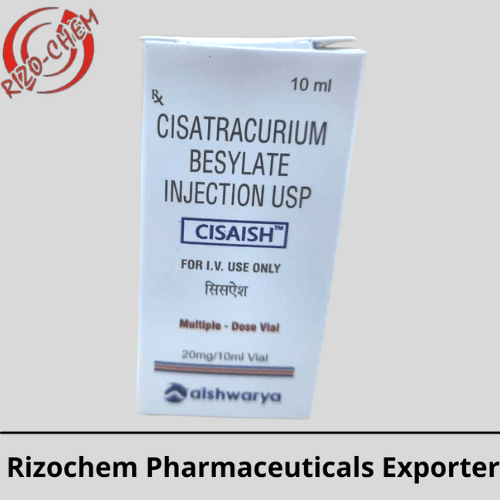 Is Cisatracurium Besylate a drug that increases alertness?

High Alert Drugs Cisatracurium Besylate When this medication is administered incorrectly, there is a higher risk that it will seriously injure the patient. Ther.

What drug category belongs to cisatracurium?

What is the purpose of cisatracurium besylate?

Descriptions: To relax muscles and facilitate intubation, cisatracurium injection is used both before and during surgery. Only your doctor or someone directly under his or her supervision may provide this medication.

What adverse reactions may Cisatracurium Besylate Injection 20mg/10ml cause?

When should Cisatracurium Besylate be used?

Cisatracurium injections are used both before and during operation to relax muscles and make intubation easier.Only your doctor or someone working closely with him or her should administer this medication.

How long does Cisatracurium Besylate take to stop working?

Cisatracurium’s clearance is moderate (0.3 L/h/kg) and its elimination half-life is brief (26 minutes). Its pharmacokinetics are not greatly affected by renal or hepatic dysfunction.

In renal failure, is Cisaish safe?

Conclusions: This clinical study’s results suggest that cisatracurium is a viable treatment choice for people with renal failure. The considerable variation in the recovery parameters in patients with renal failure is indicative of the requirement for an intraoperative neuromuscular surveillance.

Does Cisatracurium Besylate cause histamine release?

Cisaish is type muscle relaxant with a medium duration of action that is chemically an isomer of atracurium. Early clinical findings have demonstrated that, even at doses eight times the ED95 (0.4 mg/kg), cisatracurium does not produce histamine or have clinically significant cardiovascular effects.

Where does Cisaish undergo metabolism?

The majority of the time, Cisaish is degraded by the Hofmann pathway, which yields laudanosine and a monoquaternary acrylate, which are then degraded by plasma esterases. The liver and kidneys eliminate the by-products of metabolism, which have no neuromuscular blocking effects.

What is the Cisaish half-life?

The two-compartment open model (with elimination from both compartments) with an elimination half-life (t12) of 22 minutes, a plasma clearance (CL) of 4.57 mL/min/kg, and a volume of distribution at steady state provides the best fit to the cisatracurium plasma concentration-time data after IV bolus administration.

We are a regular distributor, a supplier based in India, and an exporter with operations in more than five foreign countries, including the Oman, Ausrtalia, Soudi Arabia, Egypt, UAE, etc. In the unlikely occasion if you’re looking for a product or brand, Click here.