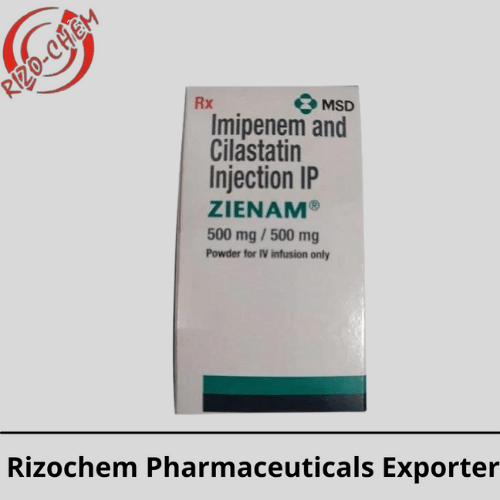 How do you administer IV Imipenem and cilastatin sodium injection?

Is imipenem always given with cilastatin?

Carbapenems are given intravenously. Carbapenems are excreted in the urine via the kidneys. Renal tubular dipeptidase hydrolyzes imipenem. As a result, imipenem is always used in conjunction with cilastatin, which prevents this breakdown.

Who should not take imipenem?

What is imipenem cilastatin sodium used for?

Endocarditis (infection of the heart lining and valves) and respiratory tract (including pneumonia), urinary tract, abdominal (stomach area), gynecological, blood, skin, bone, and joint infections are among the serious infections caused by bacteria that are treated with imipenem and cilastatin injection.

Is cilastatin a beta-lactamase inhibitor?

Imipenem/cilastatin/relebactam is a novel -lactam/-lactamase inhibitor combination that works against MDR gram-negative bacteria, including numerous CRE, but not MBL-producing Enterobacterales or carbapenem-resistant Acinetobacter baumannii. It’s approved to treat cUTIs, cIAIs, and HABP/VABP infections.

What should you assess before giving imipenem cilastatin?

Before using this drug, inform your doctor or pharmacist about any previous medical conditions you’ve had, especially if you’ve had seizures, a head injury, or a tumour, or if you’ve had renal disease, liver illness, or stomach/intestinal problems (e.g., colitis).

Why is imipenem used in combination with cilastatin?

The use of a fixed combination of imipenem and cilastatin is prompted by increased imipenem urine recovery and the elimination of the nephrotoxic potential associated with imipenem alone.

What is the imipenem target?

Imipenem is a beta-lactam antibiotic that belongs to the carbapenem family. Imipenem is effective against Gram-positive and Gram-negative bacteria, including Pseudomonas aeruginosa and Enterococcus faecalis. It kills bacteria by interfering with cell wall synthesis.

Is imipenem a penicillin?

Introduction. Imipenem is a carbapenem antibiotic that has a wider antibacterial spectrum and is more potent than other beta-lactam antibiotics. It’s usually used alongside cilastatin, a drug that lowers imipenem metabolism by inhibiting a dehydropeptidase enzyme in the renal tubules.