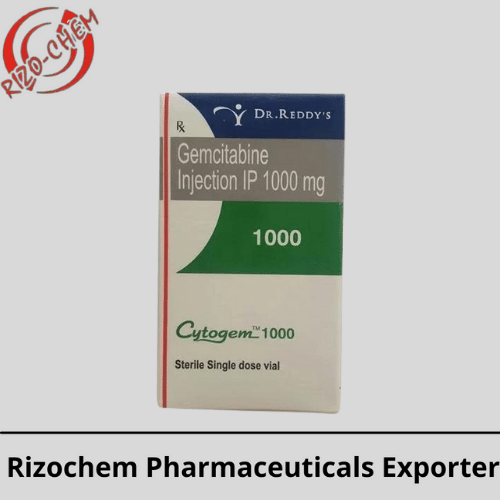 What is Gemcitabine 1000mg Injection Cytogem used to treat?

Descriptions. Gemcitabine 1000mg Injection Cytogem injection is used in combination with other drugs (e.g., carboplatin) to treat patients with advanced ovarian cancer who have relapsed after receiving previous cancer treatments for at least 6 months (platinum-based).

How do you give a gemcitabine injection?

Gemcitabine is a powder that must be mixed with fluids and given intravenously (into a vein) over the course of 30 minutes by a doctor or nurse in a medical facility. To treat ovarian or breast cancer, gemcitabine is commonly administered on specified days every three weeks.

What cancer does gemcitabine treat?

Gemcitabine is a chemotherapeutic medication that is used to treat a variety of cancers, including bladder cancer and breast cancer. Gemcitabine may be given alone or in combination with other cancer medications, depending on your cancer type. It’s possible that you’ll need it in addition to radiotherapy.

How good is gemcitabine?

On Drugs.com, Gemcitabine has an average rating of 8.0 out of 10 based on 6 reviews. A favourable effect was recorded by 50% of reviewers, while a negative effect was reported by 0%.

How long can gemcitabine last?

A gemcitabine cycle (dose) with paclitaxel lasts 21 days. On days one and eight of the cycle, gemcitabine is given. The period between each treatment cycle allows your body to heal.

What type of chemo is gemcitabine?

Gemcitabine is an anti-cancer chemotherapeutic medication (also known as “antineoplastic” or “cytotoxic”). Antimetabolite gemcitabine is a drug that prevents the body from metabolizing certain substances.

Because of the synergy between gemcitabine and platinum compounds, platinum-based gemcitabine was frequently employed in phase studies in MPM in the late 1990s and early 2000s [4–11]. There were 9.6 to 13 months of overall survival time and 12 percent to 48 percent response rates reported in those studies [4–11].

Gemzar (gemcitabine) is a chemotherapeutic medicine that is used to treat malignant tumours such as ovarian cancer, lung cancer, pancreatic cancer, and breast cancer in some circumstances.

Does gemcitabine weaken the immune system?

Gemcitabine produces a significant reduction in lymphocytes, according to this study. It suppresses the humoral immune response while sparing antigen-specific cellular immunity. To know more click here.

Do you lose your hair with gemcitabine?

v Hair loss with gemcitabine is usually minor, however, some people lose more hair than others. Hair growth should resume after the treatment is finished. v Nausea and vomiting are prevalent, but they are less common now than they were in the past because of better anti-nausea drugs.

What is the half-life of gemcitabine?