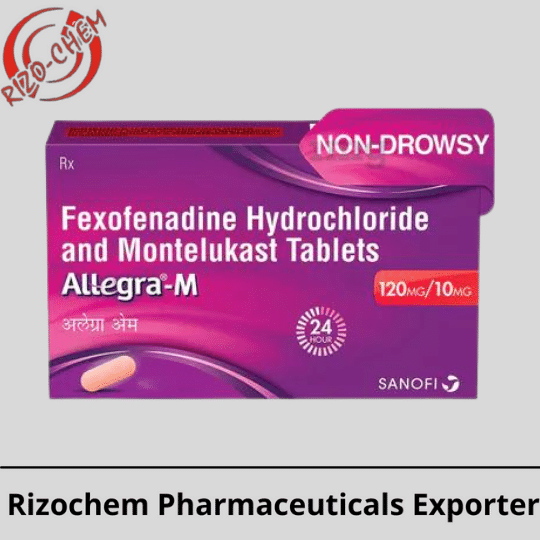 What is the purpose of Fexofenadine HCL IP 120mg/10mg?

Fexofenadine HCL IP 120mg/10mg is an antihistamine that prevents your airways from constricting (caused by inflammation). As a result, breathing becomes easier, and asthma attacks are avoided. Montelukast is usually taken once a day, in the evening. It’s critical to take it even if you don’t have any symptoms if you have asthma.

What is the purpose of Fexofenadine HCL IP 120mg/10mg?

Is fexofenadine used as a sleep aid?

Is it safe to take montelukast and fexofenadine together?

There were no negative effects reported by any of the individuals. The combination therapy of fexofenadine and montelukast was found to be useful for some individuals with prurigo nodularis and pemphigoid nodularis who were resistant to standard therapy.

Is fexofenadine effective in the treatment of cough?

When is the optimum time to take fexofenadine?

One pill (180 mg) is recommended once a day. Before a meal, take your tablet with water. Within an hour, this drug begins to relieve your symptoms and lasts for 24 hours. If you take too many tablets, see your doctor or go to the local hospital’s emergency room right away.

We are a Global Wholesaler and Exporter from India and operate in excess of 5 countries like UAE, Oman, Qatar, Saudi Arabia, Myanmar, and so on. On the off chance that you are searching for a product or brand, Click here.