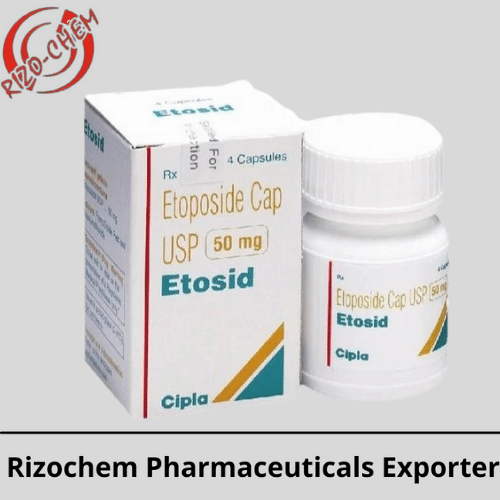 What are the benefits of using etoposide capsules?

Etoposide is a drug that is used to treat some types of lung cancer (such as small cell lung cancer). Etoposide acts by inhibiting cancer cell proliferation.

Is Etosid a chemotherapeutic agent?

Etosid, also known by the brand names Etopophos and Vepesid, is a chemotherapeutic medication. It could be used as a cancer treatment for a variety of conditions.

What are the Etosid side effects?

Etoposide belongs to which chemotherapeutic class?

Etoposide is a type of chemotherapy drug known as a plant alkali. Plant alkaloids derived from alkaloids are known as “plant alkaloids.” The periwinkle plant produces vinca alkaloids (Catharanthus rosea). Taxanes are produced from the bark of the Pacific Yew tree (Taxus).

When is the best time to take etoposide?

Oral Etosid is taken as a capsule and taken by mouth. On an empty stomach, the capsule (s) should be eaten whole (1 hour before or 2 hours after eating). The capsules should not be chewed, opened, broken, or crushed. The dosage and schedule are regulated by the size of the person, the type of cancer, and the method of delivery.

Etosid is used to treat a variety of malignancies.

What is the frequency of Etosid administration?

Is Etosid linked to leukaemia?

It has long been used to treat a variety of malignancies in both children and adults [1]. Etosid, on the other hand, has been linked to an increased incidence of subsequent leukaemia.