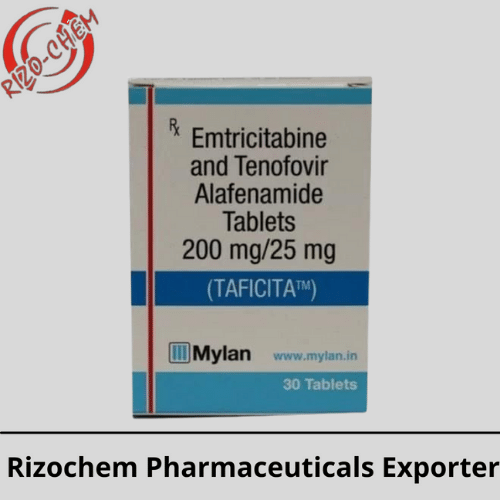 What is emtricitabine and tenofovir Alafenamide tablets?

What is Taficita Tablet used for?

What does Taficita Tablet treat?

When should I take Taficita Tablet?

Take this drug once a day by mouth with meals, as instructed by your doctor. If you’re on dialysis, take your daily dose of this medication after each dialysis session. To know more click here

It is known, however, to induce kidney damage in some patients, including acute renal failure and Fanconi’s disease. High blood pressure, diabetes, and ritonavir usage have all been studied as potential causes of toxicity in previous research.

Who should take Taficita Tablet?

For HIV-negative persons (aged 18 and up) at high risk of sexually acquired HIV-1 infection, tenofovir disoproxil with emtricitabine is advised for use as pharmacological pre-exposure prophylaxis in combination with other safer sex practices.

How effective is Taficita Tablet?

Introduction: Fixed-dose medication combinations (FDCs) containing Taficita Tablet are increasingly being utilized to treat HIV-positive pregnant women. However, due to a lack of pharmacokinetic and safety evidence, TAF is not currently advised for use during pregnancy.

What is the difference between tenofovir disoproxil and tenofovir alafenamide?