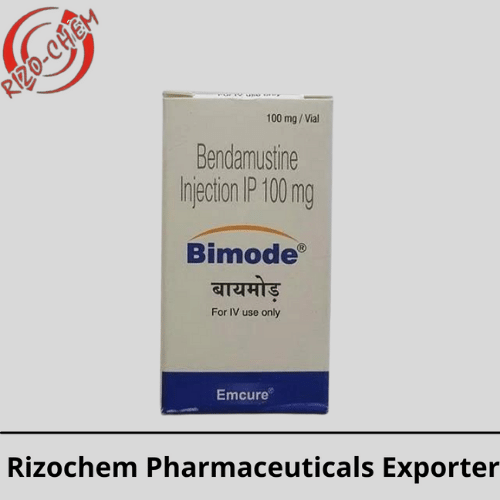 What cancer is Bendamustine 100mg Injection Bimode used for?

Weakness and exhaustion
During your treatment, you may become extremely exhausted. After the treatment, it may take 6 months to a year for your energy levels to return to normal. You will feel fatigued if your red blood cell count is low. You can aid yourself by doing things like mild exercise.

Will I lose my hair with bendamustine?

What does bendamustine treat?

This drug is used to treat a variety of cancers (such as lymphoma, chronic lymphocytic leukaemia – CLL). Bendamustine is an alkylating agent, which is a type of cancer chemotherapeutic medication. It acts by either destroying or delaying the growth of cancer cells.

People who take this medicine have experienced heart complications such as heart failure. This has sometimes resulted in death. If you have chest pain or pressure, a heartbeat that does not seem normal, shortness of breath, a significant weight increase, or swelling in your arms or legs, call your doctor straight once. To know more click here.

Bendamustine is known to cause rash, itching, fever, and chills in some people. Usually, this reaction isn’t serious.

Is bendamustine an irritant?

Bendamustine has been found in multiple drug databases as an irritant with vesicant-like characteristics. Some sources classify it as an irritant, but the ESMO-EONS 2012 guideline classifies it as a vesicant.