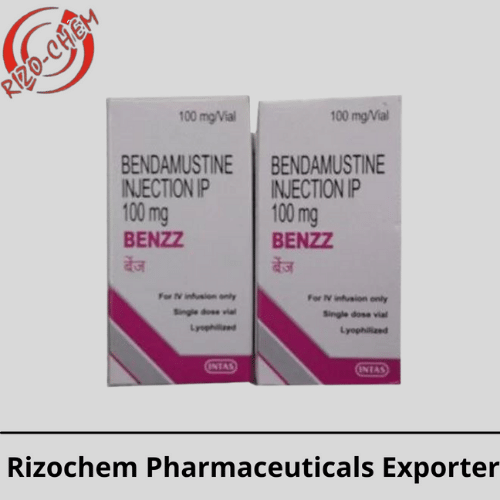 What is Bendamustine 100 mg used for?

The injectable Bendamustine 100 mg is used to treat chronic lymphocytic leukaemia (CLL) (CLL; a type of cancer of the white blood cells).

Bendamustine is administered in the following ways: As an intravenous injection (intravenous, IV). Bendamustine does not come in tablet form. Bendamustine dosage is determined by a number of criteria, including your height and weight, general health or other health issues, and the type of cancer or illness being treated.

Do you lose your hair with bendamustine?

How do bendamustine and rituximab work?

Rituximab is an antibody that targets and binds to a protein found on the surface of malignant b-cells. When rituximab binds to this protein, your immune system is aided in the destruction of the cancer cell. Bendamustine is a drug that is used to kill cells that divide quickly, such as malignant lymphocyte cells.

During your treatment, you may become extremely exhausted. After the treatment, it may take 6 months to a year for your energy levels to return to normal. You will feel fatigued if your red blood cell count is low. You can aid yourself by doing things like mild exercise.

Can bendamustine cause lung damage?

After Bendeka and Rituxan therapy, nodules in the lungs are uncommon. Interstitial lung illness has been described in association with the use of rituximab, and in a couple of cases, persons were also taking bendamustine (Bendeka). Lung nodules are routinely discovered through standard x-rays, with one in every 500 x-rays revealing them.

Can bendamustine cause seizures?

How often is bendamustine given?

Bendamustine is administered as an intravenous infusion. This injection will be given to you by a healthcare provider. Every 21 to 28 days, bendamustine is commonly taken for two days in succession. Your doctor will decide how long you will be treated with this medication. To know more click here.