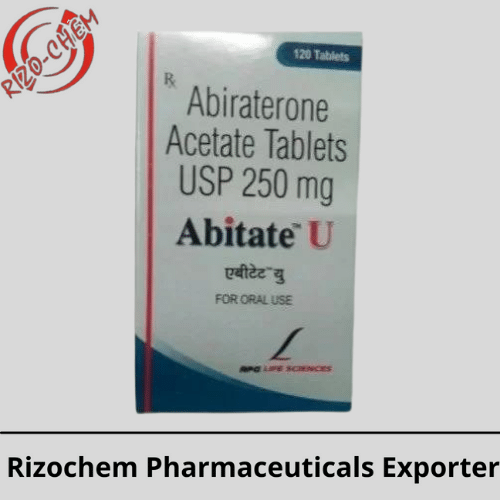 What is the purpose of the medicine Abiraterone Tablet?

Abiraterone Tablet is a medication that is used in conjunction with prednisone to treat prostate cancer that has progressed to other regions of the body. Abiraterone belongs to the class of drugs known as androgen biosynthesis inhibitors work by reducing the amounts of certain hormones in the body.

Is abiraterone a type of chemotherapy?

Abiraterone Tablet (abiraterone acetate) is a hormone medication that is used in conjunction with prednisone to treat men who have prostate cancer that has progressed to other parts of their bodies (metastasized). Zytiga is not a type of chemotherapy, despite the fact that it is used to treat cancer.

What is the maximum amount of time you can take abiraterone for?

What are the abiraterone side effects?

Abiraterone acetate (Zytiga) has a larger positive food impact (an increase in the amount absorbed when taken with food) than any other commercial medicine indicated for use on an empty stomach.

How effective is abiraterone?

Expert opinion: For the treatment of metastatic castrate-naive prostate cancer, abiraterone is highly effective and has an excellent safety profile. It should now be considered the new standard of care, according to the authors.

We are a global Pharmaceuticals Wholesaler and exporter from India. If you are looking for another product or brand click here.