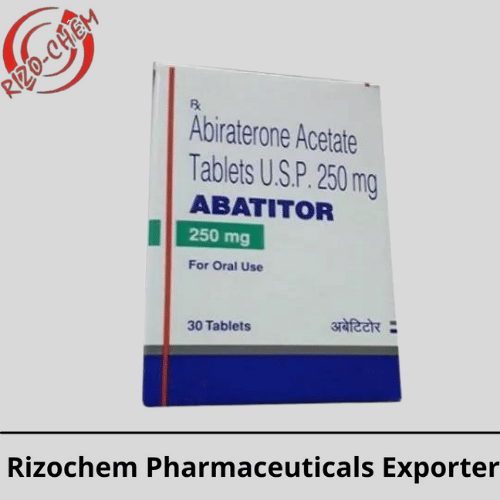 What is the purpose of the medicine Abiraterone 250mg Tablet Abatitor?

Abiraterone 250mg Tablet Abatitor is a medication that is used in conjunction with prednisone to treat prostate cancer that has progressed to other regions of the body. Abiraterone belongs to the class of drugs known as androgen biosynthesis inhibitors. It works by lowering the body’s levels of specific hormones.

Is Abiraterone 250mg Tablet Abatitor a type of chemotherapy?

Zytiga (abiraterone acetate) is a hormone medication that is used in conjunction with prednisone to treat men who have prostate cancer that has progressed to other parts of their bodies (metastasized). Zytiga is not a type of chemotherapy, despite the fact that it is used to treat cancer.

Abiraterone 250mg Tablet Abatitor acetate 250 mg is what it sounds like ?

Prostate cancer is treated using this drug. Anti-androgens are a class of medications that include abiraterone (anti-testosterone). Testosterone, a natural hormone, aids in the growth and spread of prostate cancer.

How long will you be able to survive on Abiraterone 250mg Tablet Abatitor?

What is abiraterone’s side effect?

This may raise your chances of developing difficulties with your adrenal glands. If you have skin darkening, diarrhoea, dizziness, fainting, lack of appetite, mental depression, nausea, skin rash, unusual tiredness or weakness, or vomiting, consult your doctor.

What is the efficacy of abiraterone?

Men who took abiraterone had a 38 percent lower risk of death than those who received placebo after a median follow-up of 30.4 months.

Abiraterone acetate (Zytiga) has a larger positive food effect—an increase in the amount absorbed when taken with food—than any other commercial medicine designated for use on an empty stomach.

How long does abiraterone take to reduce PSA?

We are a global Pharmaceuticals Wholesaler and exporter from India.